When we talk about Taipei, you may think of bubble tea, braised pork rice and its bustling night markets. But you might be surprised to learn it’s not all about street food — there is a pretty huge cafe scene in Taipei.

To celebrate Taiwan’s borders reopening, we’re rounding up our top five picks of cafes in Taipei — from warm and cosy spots to luxurious and chic ones.

Known for its unconventional bagel flavours, Good Cho’s (好丘) is a famous bagel chain in Taipei that promotes homegrown produce.

Most of its outlets operate on a takeaway-only basis, except for two — the outlet at Xinyi and its newest outlet at Da’an, where you can pair the bagels with a drink such as the ruby black milk tea (NT$160).

Fans of bagelwiches may want to try its Real Bagels series exclusive to the two dine-in outlets, though both stores have different menus for this series. There are classics — smoked salmon bagel (NT$480) from its Xinyi outlet — and sweet options, such as red bean and sencha bagel (NT$109), from its Da’an outlet.

The dine-in bagel shops also offer salads and hot plates, cute merchandise as well as the occasional collaboration with other Taiwanese brands.

Fans of hand-pour coffees, put Simple Kaffa on your itinerary. You don’t want to miss this.

Founded by 2016 World Barista Champion Berg Wu, who is the first and only Taiwanese barista to be crowned world champion, Simple Kaffa is the place to go to learn more about Taipei’s growing specialty-coffee scene.

The cafe offers a fairly large selection of light- to medium-roast hand-pour coffees (from NT$200), with beans sourced from places known for its high-quality coffee beans, such as Ethiopia, Guatemala and Kenya.

If you don’t take your coffee black, try the cappuccino (NT$140) or opt for something sweeter, such as the brown sugar latte (NT$200).

Although Simple Kaffa doesn’t focus much on food, it has perfected its matcha roll (NT$150) after rounds of R&D. So it’s worth a try, especially if you love matcha.

The coffeehouse also has a retail section, where you can buy different drip bags, a coffee grinder and similar equipment to help kickstart your journey in brewing your specialty coffees.

No trip to Taiwan is complete without bubble tea. And we reckon there’s no better place to get it than at this Taipei cafe, Chun Shui Tang (春水堂), the place where it all originated (as the brand claims).

From its blend of tea leaves to the way the tea is shaken, Chun Shui Tang has it down to a science. Its pearl milk tea (from NT$65) features a light, aromatic tea base with soft and chewy pearls. Available in both hot and cold, you can choose your choice of tea, such as jasmine and tieguanyin.

Having been around since the 1980s and with stores in Hong Kong and Japan, the store specialises in tea. Its refillable brewed pots (NT$200) offer a variety of oolong — from lightly fermented to the lightly oxidised Wenshan pouchong — for an educational flight of tea.

The cafe’s menu includes a small selection of one-bowl meals and savoury snacks, too. Popular with the locals is kung fu noodles (NT$80), a dry noodle with minced pork dish and mushrooms.

Tucked away in a quiet corner along Anhe Road, The Haowu Spirit Cafe (好物 Spirit 咖啡) shot to local fame when it appeared on the Taiwanese drama Someday or One Day.

Locals have grown fond of it for its cosy interior and relaxing atmosphere. It’s a great place to relax after a long day of exploring Taipei, especially if you’re looking for a quiet place to unwind at.

The cafe has an extensive menu of sweet and savoury food options. Some of the most popular items include its Haowu beef noodles (from NT$250), a dry beef noodle dish, and its Haowu philly cheesesteak sandwich (NT$380) that’s available only in limited portions.

For those looking for a teatime snack, try The Haowu Spirit Cafe’s creamy cheesecake (NT$150). Pair your dessert with a mellow drink such as its honey fragrant black tea (NT$150) to balance out the richness of the cheesecake.

Weiyang Coffee (未央咖啡店), also known as Midnight Coffee, is the perfect spot for night owls looking for a place to pass time.

Opening later in the day, the small cafe has shelves lined with books and comics, a big brown leather sofa, and individually lit tables in quiet nooks. On the speakers, ethereal, dream-pop artistes such as Cigarettes After Sex play softly.

It’s a quiet spot often frequented by students or those looking for a space to read, so don’t be surprised if you get some looks from making too much noise here.

This place is one for the locals, so the menu is written entirely in Chinese on a blackboard behind the counter. Nevertheless, don’t let that stop you from visiting — you can always use your trusty translator or refer to tagged pictures on social media to help you order. 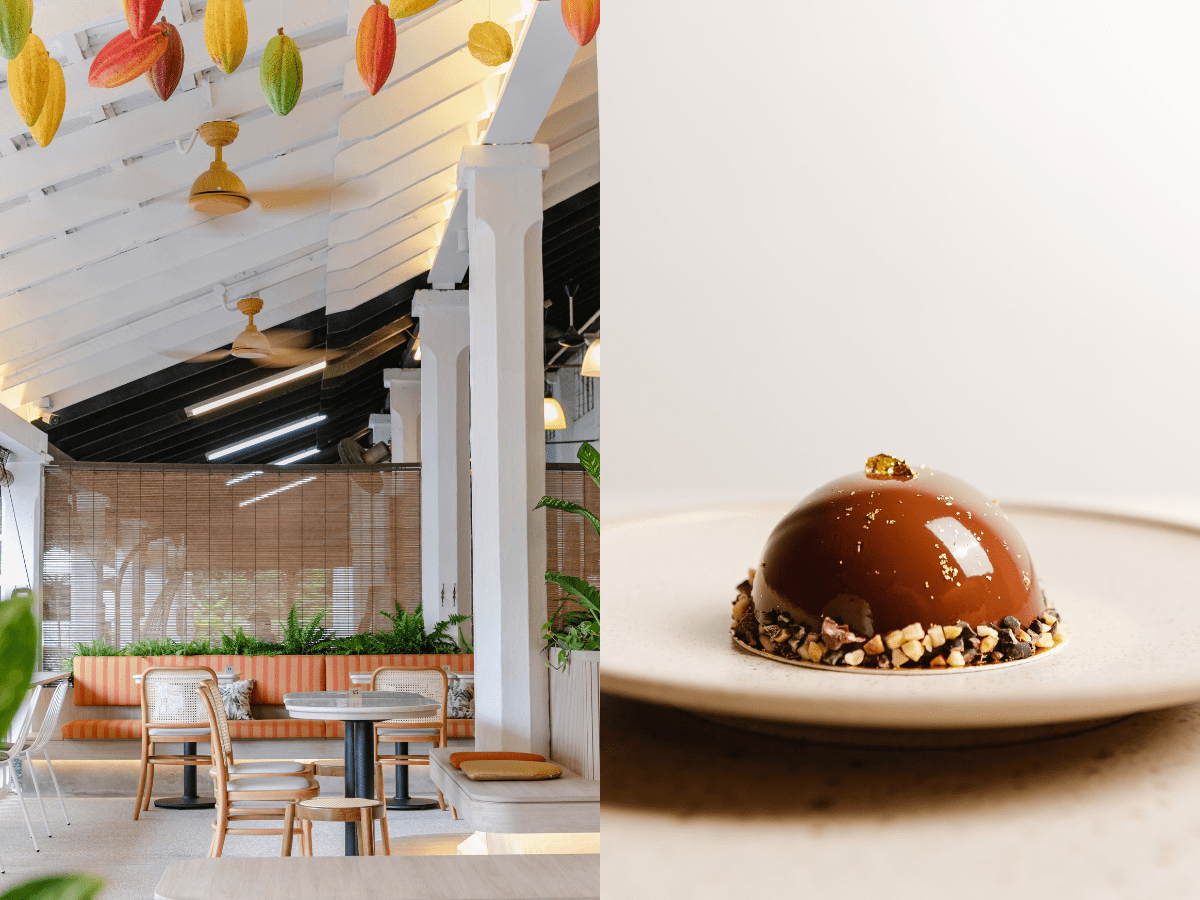 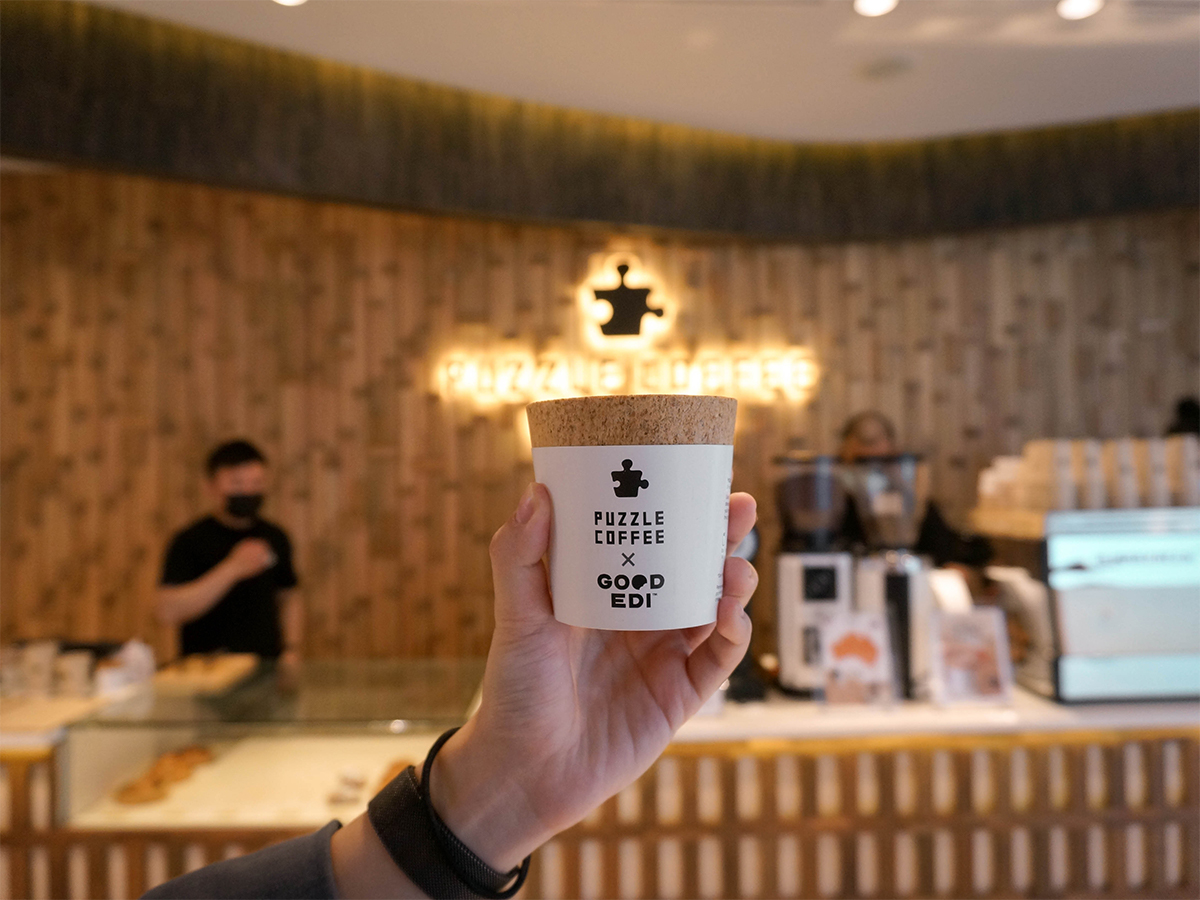